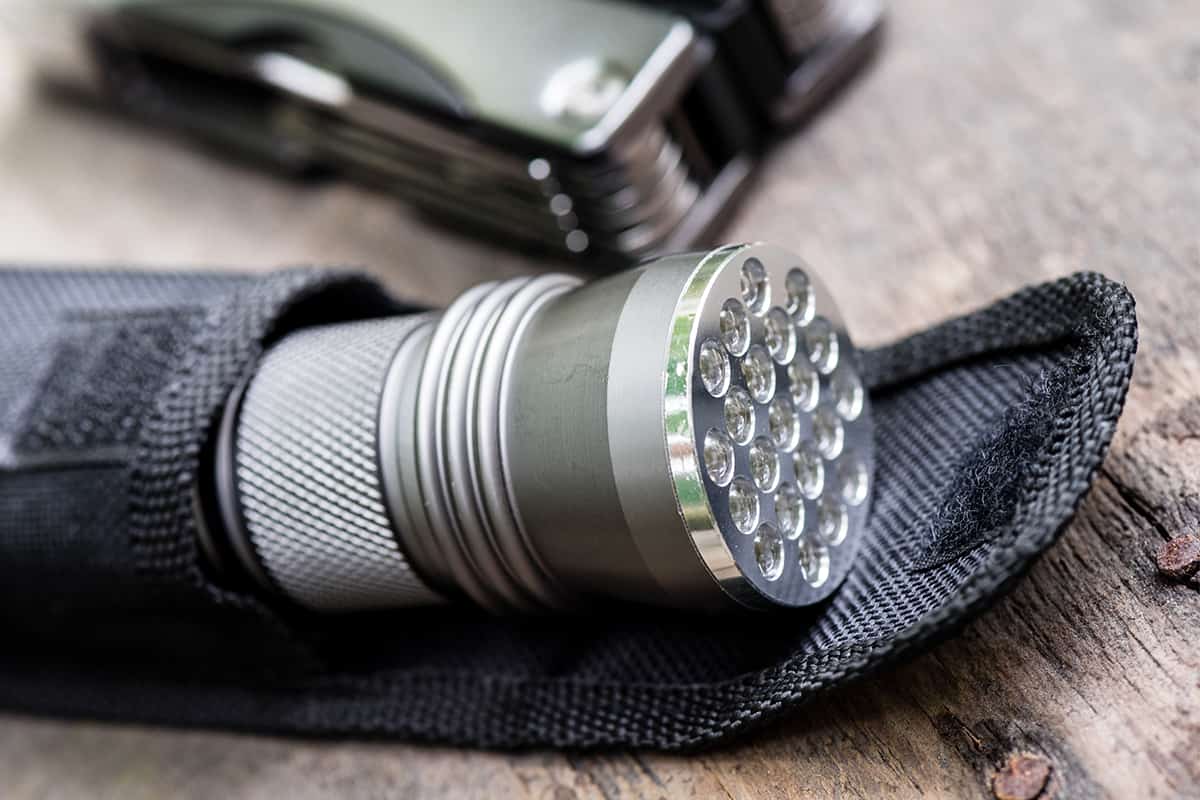 The main point of EDC flashlights is to have them at hand when needed. As such, a carry method evidently plays an extremely important role.

There are several ways to carry an EDC flashlight and multiple factors come into play when choosing one. Flashlight’s size, weight, design, purpose of use, type, material, user’s preferences, and much more should be considered.

In the following sections, we take a closer look at the most popular carry methods. Each method comes with some advantages and disadvantages, which makes it impossible to proclaim any carry option as the best one.

The keychain carry option is limited to very small EDC flashlights known as Keychain Flashlights. Aside from the small size, this type of flashlight is equipped with a keychain (as the name suggests), which enables users to attach them to their key bundles, car keys, or any other ring or hook shapes, such as a backpack or jacket zipper pullers.

Since many people carry their keys with them automatically, this carry method takes away the need to think about the light at all. Users simply grab their keys and the flashlight is there with them in case the need for it arises.

Many EDC flashlights are pocket-sized. There are some exceptions, such as rugged tactical models, that tend to be larger, but the majority tends to fit most pockets.

The three most popular pockets for EDC flashlights are front pants’ pockets, cargo pockets (on tactical/cargo pants), and chest pockets on shirts and vests.

Moreover, an EDC flashlight may be placed in a pocket like any other object of a pocket-size or it may be clipped to the pocket’s edge.

When placing a flashlight into a pocket freely, users need to consider their pocket size, dimension, strength, and other items that will be in the same pocket.

In case there are other items in the same pocket, users need to ensure that items will not be in each other’s way or causing damage to one another. Since EDC flashlights are normally very rugged, they should be considered as damage-inflicting items. They can easily crack your smartphone’s display, your car keys, or other more delicate items.

Furthermore, not all clothes are made out of durable material, which means that a rugged flashlight could easily tear the pocket sooner or later. Special tactical pants or high-quality jeans will have the best chance of withstanding the friction caused by the flashlight.

Not all flashlights are equipped with clips. Thus, one needs to find models with that feature to have that carry option available.

Clips on the flashlight can be fixed or detachable. In the case of the latter, a clip can be removed in case users do not need it or it can be placed on various places of the flashlight either in an upward or downward position.

Moreover, some clips enable two-directional clipping without being repositioned. That way, users can clip their flashlights in a tail-up or a tail-down position.

Users serious about their EDC equipment normally carry a belt, which can host their entire EDC assortment, including an EDC flashlight.

A prerequisite to carry a flashlight behind a belt is that it must be equipped with a clip or be placed within a flashlight holster that itself has a clip or a hook that can be attached to the belt.

When it comes to the belt-carry option, there are also many options. One is evidently limited to the belt, however, the belt’s entire circumference may be used according to the user’s preferences. The most comfortable option is to carry the flashlight on the outer side of the belt though it may also be positioned on the inner side of the belt for a greater level of concealability.

The amount and positioning of other pieces of EDC equipment must also be considered when using a belt carry option. Some flashlights may be on a heavier side and thus cause that extra weight and sagging of the belt. But this issue can be overcome by choosing a higher belt quality with a high level of sturdiness.

Many EDC flashlights come with some sort of holster. Moreover, there are also countless universal holsters that may be purchased separately and used to store and carry flashlights.

Holsters are equipped with at least one or multiple carry options. In most cases, these come in the form of clips or belt loops. As such, holsters may then be used with a belt carry option, placed in a pocket, in a car compartment, in a bag, backpack, or even used with a lanyard or a chain to be carried around the neck.

Aside from offering multiple carry options, a holster also offers proper protection. For users that want their flashlights to look as good as new all through, a holster is a must-have.

One thing to keep in mind when using holsters to carry a flashlight is that it makes fast deployment slightly delayed. Luckily, the speed of deployment of flashlights is not of such great importance as it is with guns and knives.

Gun owners might be interested in gun mounted flashlights, which can be attached to various types of guns. In some cases, users may use universal adapters that enable a wider range of EDC flashlights to be mounted to their weapon of choice. There are special kinds of EDC flashlights with attaching mechanisms in the market to ensure a perfect fit.

Each of the two options has its pros and cons. With universal mounts, users have an option to use the flashlight with ease for other purposes, though the fitting to the gun is usually not perfect. On the other hand, the flashlights with built-in mounts tend to offer great fitting to the gun but are less practical for off-gun use as the mount doesn’t really fit well in hand.

Since bigger guns (shotguns, rifles, etc.) are not considered as EDC choices, the gun-mounted flashlights designed to fit handguns are of focus here. Whether using a special kind of EDC flashlight with built-in mount or a separate mount, the concept is the same. Either type of mount is designed to fit in front of a trigger guard. That way it is attached to the handgun at two points – at the bottom of the barrel and to the trigger guard for maximum stability.

In case of carrying the flashlight not attached to the gun, any of the carry options described in the previous sections may be applied.