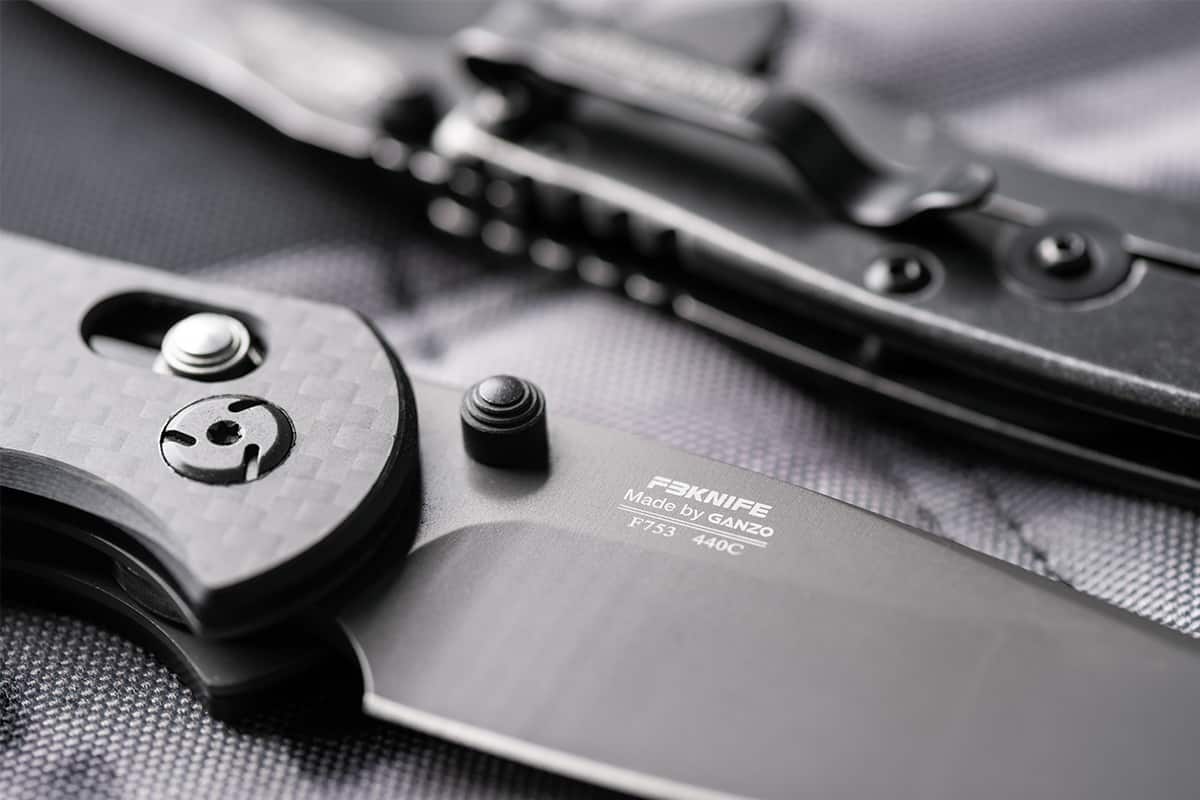 At a glance, EDC knives may seem like a rather simple tool. However, there are quite many parts involved, especially with folding knives. The terminology is also rather unique and in many cases not really intuitive.

Although the various knife models on the market follow the same basic principles, there are many variations. Thus, not all knives pack the exact same components. Additionally, knife terminology is constantly evolving as certain manufacturers and user groups tend to create their own lingo.

This article will paint a clear picture and give deeper knowledge about the EDC knife components and the terminology related to the topic.

The Blade Components and Terminology

From a beginner’s point of view, there are two parts to each knife – a blade and a handle; but  for the advanced users, there are multiple parts and aspects that each of the basic two components incorporate.

Below, we begin with the blade components and related terminologies.

The front of the blade is the part that hosts the primary edge. It is typically the part used when cutting.

In the case of double-edged knives, this becomes slightly tricky; however, on a single-edged knife, the ‘back’ refers to the unsharpened side of the blade.

This part of the blade is also often referred to as the ‘spine.’

The choil is a specific part of the blade’s base, just under the edge. It is unsharpened and often serves to protect fingers or hands from accidentally reaching the edge.

Flipper is a protrusion in the base of the blade. It is usually located on the backside of the blade. The flipper is primarily used to apply pressure when opening the knife. Once the blade is in the open position, the flipper may also serve as a finger guard.

The ricasso is the term for the unsharpened part of the blade just above the handle. It is where the choil is located.

The point is the tip of the blade. It is commonly the sharpest part of the blade. There are many types of points/tips. Here are some of the most common ones:

Bevel is the part of the blade that has been ground down in order to create an edge.

The edge is the sharpened part of the blade.

The belly is the curved part of the blade usually used for cutting.

Grind refers to a method by which the edge and the bevel have been manufactured. There are various types of grind.

Hardness is one of the main characteristics of metals. It is a measurement on the Rockwell Hardness Scale, which indicates the molecular density of a blade, also known as HRC. The harder the blade, the more difficult it is to sharpen but has better retention. The higher the HRC rating, the better edge retention.

Retention describes how well the blade holds its edge (sharpness).

Some blades have a jagged saw-like edge (in many cases along a small portion of the front). This is called the serration.

The jimping refers to a series of consecutive notches that are typically located right after the handle on the base portion of the blade’s back. The purpose of the jimping is to enable placement of a thumb or fingernail to apply additional pressure.

Swedge, commonly known as a false edge, refers to a bevel located on the back of a blade, typically towards the tip. The swedge is not sharpened.

The tang is the part of the blade (a protrusion) located below the blade’s base. In folding knives, it is typically very short, but there are exceptions, such as friction folder models.

The thumb ramp is a concave angle at the spine side of the blade’s base. Its purpose is twofold – it acts as a guard but also enables users to apply additional leverage to increase the pressure if required.

The thumbstud is a protrusion out of the blade’s base rear. It can be on one side or on both. It is an alternative to the nick and helps flip the knife open easily.

Nick or nail mark is a curved slut in the blade’s back that some pocket knives have. It assists with the unfoldment of the knife.

Deployment is the method by which the blade is unfolded.

Action is another word used to refer to how the knife opens. It is either automatic or manual.

The gut hook is a sharpened hook that can be (not all knives have this feature) on the spine. It is most common in hunting knives as it is intended for field dressing.

The Handle Components and Terminology

The handle or the dull end is the second major part of any knife. In the case of folding knives, the handle is slightly more complex as it needs to be able to store the blade.

Below,  the lingo and the basics of the knife handle are covered.

Body screws are there to hold the two pieces of the handle together. Not all knives have body screws, though the single-piece handles are very rare.

The inlay refers to any material embedded into the handle. Inlays are typically ornamental.

The guard can come in various shapes. Essentially, any unsharpened protrusion that keeps the fingers and the hand from slipping off the handle towards the blade is considered as the guard. Not all knives are equipped with a guard.

The bolster is a thick metal part of the handle where the blade fits into the handle. Bolsters are very common in culinary knives, though some folding knives include that part as well.

The joint refers to a point where the blade and the handle meet and are joined together by a pivot pin, which enables the opening and closing of the blade.

The liner refers to a piece of metal that is typically placed inside the knife, between the blade and the outer parts of the handle. It serves as a protective buffer between the two. Liners are usually made out of softer, corrosion-resistant metals.

The standoff is a spacer located inside the handle. It prevents the knife from warping and thus adds to the firmness of the handle.

Many folding knives come with some sort of locking mechanism, which is what the lock refers to. These hold the blade in the position, either when opened or closed. Learn more about different locking mechanisms in this article.

Springs usually come hand in hand with locking mechanisms. There are various types of springs used in folding knives. The spring is basically a piece of metal (coiled or bent) used to exert pressure to ensure that the knife stays closed or opened. It is then up to the user to overcome that pressure to get the knife to open/close. In automatic knives, springs are used to open the blade.

The lanyard hole is typically located at the bottom of the handle. It is basically a machined tunnel through which a lanyard can be installed. Not all pocket knives come with this feature though.

Knives with a lanyard hole tend to come with a lanyard as well. This is typically a piece of soft material (a cord, twine, leather, etc.) that enables users to affix a knife on a backpack or otherwise.

The pocket clip is a highly useful accessory for EDC knives. It enables users to hook their knives in their pockets, belts, or otherwise. There are various pocket clips; some are permanently fixed, while others can be removed or moved to the other side. Like a lanyard hole, the pocket clip is normally positioned at the bottom of the handle.

The butt is the end of the knife’s handle.