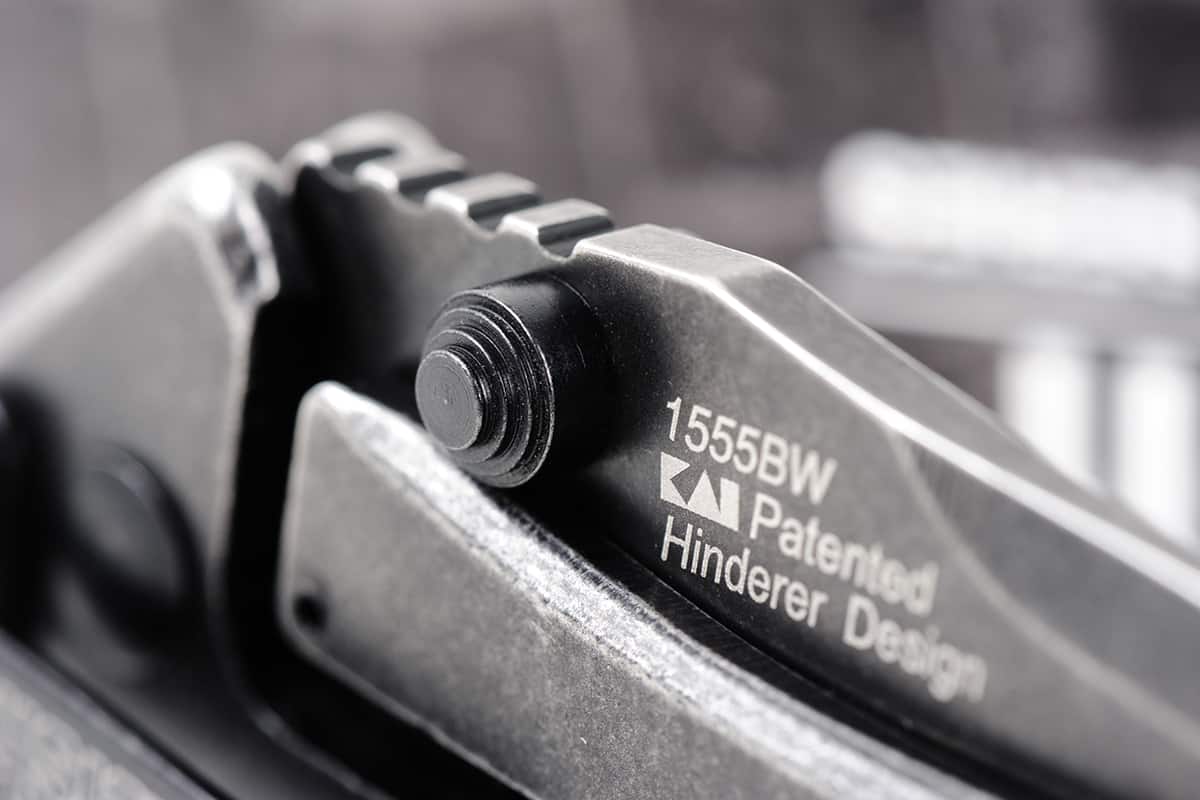 Read on to learn the differences and main characteristics of each locking type, and get deeper insight into the most popular ones as well as the more rare options.

Let’s start with the less known locked-close mechanism. This is basically a safety feature that prevents a knife from accidentally opening. Whether or not it is required primarily depends on the user’s knife-carrying method. For instance, when carrying a knife in a pocket, one can highly benefit from that feature to prevent any unpleasant scenarios of unfolding.

The locked-closed feature is also of great importance in (not so rare) cases when children somehow manage to get their hands on pocket knives.

The locked-open mechanism is the exact opposite. It refers to locking a blade in the open position. Knives with that feature are also known as lock-blade knives. Compared to the locked-close mechanisms, the locked-open ones are very common in folding knives.

When using a knife, the last thing users want is for it to close unintentionally. Not only is this extremely impractical, but it can also lead to severe accidental cuts, scratches, and other damage to users’ fingers and hands.

Is a Locking System in a Pocket Knife Essential?

There are advantages and disadvantages to both locking mechanism types. Moreover, there are also still quite many pocket knives without either locking option. This clearly indicates that locking features are not essential.

However, if a user wants to ensure that a knife won’t accidentally close when in use or accidentally open when not in use, both of these features should be sought after.

The main advantage of locked-close is extremely obvious. It offers additional safety. Though, it also makes the deployment of the knife slower. For that reason, most locked-close mechanisms come in a similar style as guns’ safety switches. This means that a user can use it or not in any given situation.

Locked-open mechanisms also offer higher levels of safety. The damage inflicted upon one’s fingers or hands can be very severe if a knife was to close when in use. They basically ensure that the knives are firmly opened and ready for proper use. Unlike locked-close, a locked-open system normally cannot be disabled.

The main disadvantage of the locked-open mechanism is that it makes the folding (closing) of the knife slightly harder; it can even require two hands (at least for non-experienced users). Luckily, users are more often in a hurry when deploying a folding EDC knife and not so much when folding it.

There are multiple types of locked open mechanisms. Each has some advantages and disadvantages. Certain pocket knife manufacturers tend to focus on the specific locked-open mechanism, either due to their experience with it or their belief in its superiority.

As such, it is important for every pocket knife user to have a basic understanding of the most commonly applied locked-open mechanism.

The official name for this locked-open type is the Chris Reeve Integral Lock (invented by Chris Reeve)  though it is very rarely used.

The frame lock mechanism functions using a part of the knife’s handle. To be exact, the side of the frame is what serves as the tool to lock the blade in an open position.

The frame lock automatically slides in place to lock the blade when it is fully deployed.

This type of lock is considered very strong and sturdy, thus it is often used by several popular folding knife brands.

The main downside of the frame lock mechanism is that it often makes disengaging the knife rather difficult.

Note: Over the past year there have been many additions to the frame lock system by various knife producers in order to make it safer. The most popular ones include over-travel stop, sub-frame lock, steel lockbar insert, rotoblock, ceramic ball-end lock, and thumb stud/stop pin.

The liner lock system is very similar to the frame lock, at least in the principle of how it functions. They are both spring-like mechanisms.

In reality, the liner lock is less strong and thus often considered to be less reliable. The part in charge of the liner lock (a piece of metal) is way slimmer and does not apply as large force as the frame lock does.

On the other hand, this makes the folding of the knife much easier. Often, liner lock knives can be disengaged single-handedly, which users find extremely practical.

While the above two lock mechanisms are built into the front or liner part of the knife, the back lock is in the knife handle’s spine. This mechanism functions based on a bar that applies the force to the tang of an open blade. This ensures it stays in the open position.

To close the blade, the exposed portion of the bar must be pressed.

The mid lock is just a slight modification of the back lock that uses a different positioning and size of the bar.

The back lock mechanism is extremely sturdy, often even more than the frame lock. However, it comes with one major downside as it makes disengagement with a single hand almost impossible.

The cold steel triad lock is less popular and not as often used as the three main locked-open mechanisms.  Nevertheless, it is the strongest mechanism ever used with EDC folding knives so far. It has some resemblance to the back lock, yet it is highly modified. It uses a stop pin that absorbs the majority of the force applied to the tang.

The axis lock is a more modern type of lock system introduced by Benchmade. It operates based on a special patent. The axis lock functions based on a spring-loaded bar. The sprint engages a ramped notch cut into the tang portion of the knife blade when in the open position. A stop bar and this AXIS Lock bar wedge the knife tang and ensure the blade stays open.

Axis lock is very practical and users seem to figure it out instantly. With this lock system, users do not need to put their fingers in harm’s way, which makes it very safe.

SOG Knives use a special variation of axis lock known as arc-lock, which uses a metal block mounted to a pivot in combination with curved springs.

The ring lock, also known as the collar lock, is a special kind of locking mechanism. It is commonly used on French knives by Opinel.

Ring locks are simple to use; one simply twists the ring/collar at the base of the blade to lock the blade in position.

The most common problem with this type of locking mechanism is the ring, which tends to stiffen with time and thus disables smooth operation.

Button locks, also known as plunge locks, are most popular among automated knives. However, lately several manufacturers have started applying this locking mechanism to manual knives. Hogue Knives  is a great example of that practice.

The button uses the coiled spring tension to ensure the plunger locks the blade in position when open by fitting into a cutout in the blade’s tang.

This mechanism is sturdy and safe, though, not all manufacturers produce it properly. Furthermore, it may cause problems with police because a knife with that feature is considered an automatic knife.

A slip joint and a friction folder mechanism are both actually non-locking systems. They use laws of physics to hold blades in an open position, without actually locking them there. Obviously, they are not as secure or as sturdy as the actual locking mechanisms, but they still serve the same purpose.

Friction folder pocket knives come with an extended tang that is used for opening the knife. Once in the fully open position, a user’s hand holds the knife in an open position as it applies pressure to the extended portion of the tang.

This non-locking mechanism cannot match the frame lock, though it prevents the knife from closing.